A downloadable game for Windows

Having inherited their Aunt Kate’s house, Riley Park starts exploring what the reclusive woman left behind. In the attic, Riley is surprised to find a stack of VHS tapes next to an old TV set. Intrigued, Riley pops the first tape into the VCR.

To Riley’s surprise, it’s an early 2000’s era children’s cartoon they have never seen before. It appears to have been made locally and features a little girl named Amanda and her loyal yet shy best friend, Wooly the Sheep. While the episode appears charming and simple on the surface, an uneasiness starts to settle in as Riley realizes that Amanda and Wooly seem to be communicating directly through the television set. A gnawing feeling in the back of their mind presses them to stop, but Riley is compelled to continue watching the tapes. It’s almost as if Amanda needs something, and Riley becomes fascinated with finding out what that something may be.

What lies beneath the friendly and colorful façade of Amanda the Adventurer? Who left these tapes behind? Is the price you will pay worth the answers you seek?

やっちゅ(Yacchu)1 hour ago
This video might be a hint for what is written on a fridge! Thank you for updating, it was a good demo having a lot of foreshadowings I guess!
Reply
Idodumbthings2 hours ago

Can we appreciate how  MANGLED  put their efforts on games for us?

FULL DEMO AND BREAKDOWN ABOVE^^

This was such a pleasant surprise I genuinely didn't think we was getting anything in till full release but this really has hyped me up so much, and it was absolutely brilliant, the style the sounds the horror everything was on point fantastic work, i cant wait for full game, this game means so much to me personally due to the fact that it was the reason my channel is where it is today so I'm so excited for this, thanks dev for his unexpected surprise your a legend in the making!

gameplay above hope you guys enjoy

That new description is something I'm not seeing many people talking about... a few noteworthy things I've noticed are as follows:

1. In the Pilot Episode's description, "Baking a pie" is listed as one of the episodes in the box set. This episode only appears here, and is never shown anywhere in any Pilot Episode version at all except an offhanded reference during the "Going to the store" episode (Amanda mentions wanting to bake a pie as the reason for getting the apples). Is it possible that "Baking a pie" was intentionally separated from the rest of the box set somewhere down the line? Maybe Aunt Kate found "Baking a pie" separate from the rest of the box set found by the guy in the Pilot Episode, or maybe she intentionally got rid of the rest after realizing how dangerous Amanda was. But, it didn't matter; by playing the first tape, she already summoned Amanda's interest - especially since more tapes seem to just... show up on their own under the right circumstances, it seems like it was already too late for her as soon as she pressed play.

2. In the description, you're using "they" pretty consistently when referring to this version's player character, Riley. Is it fair to assume they're meant to be non-binary?

AWESOME UPDATE! I missed the last one so this was my first look into 3D Amanda the Adventurer. Can't wait for the full game!

This update was amazing... please tell me that fridge drawing actually means something... awesome job!

Can't wait for the full release!

miss u wooly <3 apple is the best

ngl i saw bijuu's vid on this. best game ever.

Reply
JayDaRula7 hours ago
I'm just glad to see Wooly back after you know... the last game lmao
Reply
JIINKO7 hours ago

love it thank you

what do u mean? do you not like it.. if not then keep ur opinions to urself

I'm really loving the direction the game is going, the vibe is just phenomenal

How do I play this on Mac?

The demo was short and sweet, it's also good.

Reply
DonMahLuvinLandry8 hours ago
THIS IS INCREDIBLE!! What more can I say!? Full release is going to be mindblowing!
Reply
Britt9 hours ago

I ran to my computer to play this! I'm so happy it'll be a full game, love the changes. It's more cutesy but still disturbing with more lore.

Reply
Iridosgames9 hours ago
So excited!! Love how this is looking!
Reply
VinnieBB10 hours ago

Can't wait for the full release. SHE IS STILL DISTURBING AS USUAL.

I am so excited to play the full version of this game. I've dabbled with every update and I'm looking to have a blast with the full game!

LOVE IT! I'm really looking forward to the full release! Keep up the good work! 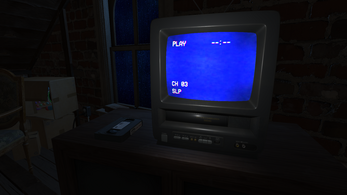 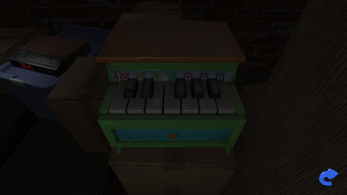 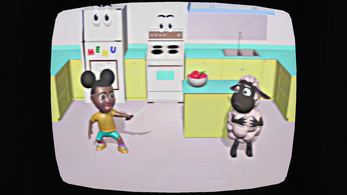 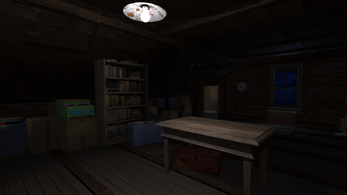 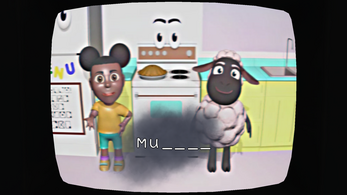